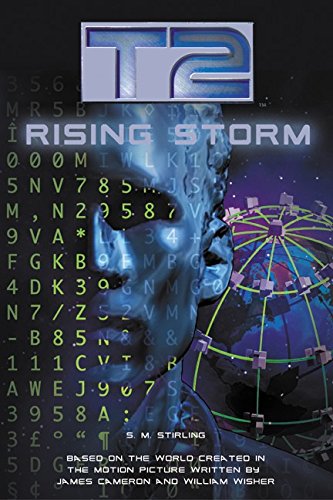 Military SF author Stirling provides fast-moving combat between well-matched, smart opponents in this excellent sequel to last year's , in which Sarah Connor, her teenaged son, John, and their new ally, Dieter von Rossbach, defeated the female cyborg sent back in time by evil computer Skynet, but didn't know that she'd left her two cloned sisters ready to take up the job of protecting Skynet. Now John and Dieter are on the run in South America, Sarah is recovering from serious wounds and the cute young Terminators are learning to exploit their superhuman abilities. Complications multiply deliciously as the author cuts rapidly from one vivid scene to another. The movie-like technique lets readers watch intelligent people following incomplete information into terrible mistakes. Accepting human limitations but stretching his own potential, John becomes more the tough, confident leader of the movies. Around John, Stirling efficiently gathers a large cast—which changes frequently, since most characters don't survive long in the presence of a Terminator. Sly humor spices the nonstop action until it climaxes at a secret Antarctic scientific-military base, where John and Dieter confront one Terminator. Meanwhile, the other cyborg killer is on the trail of still-recuperating Sarah at Dieter's Paraguay ranch. Anyone who liked the movies will love this book. In fact, it's exciting enough to win new fans for the franchise.