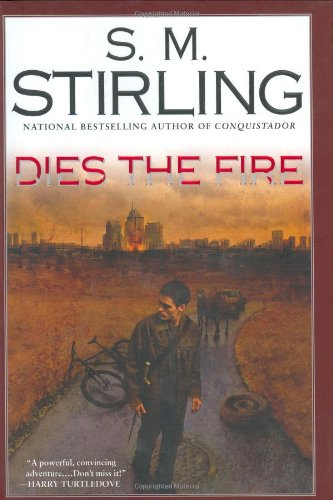 What is the foundation of our civilization? asks Stirling ( ) in this rousing tale of the aftermath of an uncanny event, "the Change," that renders electronics and explosives (including firearms) inoperative. As American society disintegrates, without either a government able to maintain order or an economy capable of sustaining a large population, most of the world dies off from a combination of famine, plague, brigandage and just plain bad luck. The survivors are those who adapt most quickly, either by making it to the country and growing their own crops—or by taking those crops from others by force. Chief among the latter is a former professor of medieval history with visions of empire, who sends bicycling hordes of street thugs into the countryside. Those opposing him include an ex-Marine bush pilot, who teams up with a Texas horse wrangler and a teenage Tolkien fanatic to create something very much like the Riders of Rohan. Ultimately, Stirling shows that while our technology influences the means by which we live, it is the myths we believe in that determine how we live. The novel's dual themes—myth and technology—should appeal to both fantasy and hard SF readers as well as to techno-thriller fans.