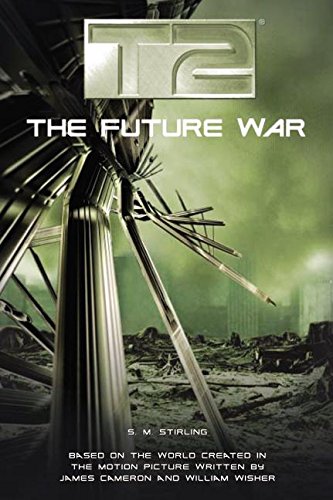 Just because you're paranoid doesn't mean they're not out to get you, as shown in this above-average movie tie-in, the conclusion to Stirling's T2 trilogy (after and). Judgment Day, when the sentient computer Skynet begins using its control of the U.S. military to exterminate the human race, comes at last. In an effort to save humanity, Sarah Connor and her son and savior-in-training, John, alert their allies among the world's militaries, intelligence agencies and general populace. Serving Skynet are eco-terrorists called Luddites, who round up survivors, confine them in concentration camps and expose them to biological weapons. As the first movie foretells, the humans gain the upper hand, prompting Skynet to resort to time travel to try to kill Sarah and establish its own existence. Faithful to his source material, Stirling (; ) gives the book a cinematic feel and structure, with quick jumps between action scenes and large skips in time and space, not to mention robots with Austrian accents. Unfortunately, the logical gaps in the film premise continue to dog his work, and the character development and relationships are obviously predetermined. Readers who enjoyed the movies will like the added material. Newcomers had best start with the films before tackling the books.

T3: Rise of the Machines