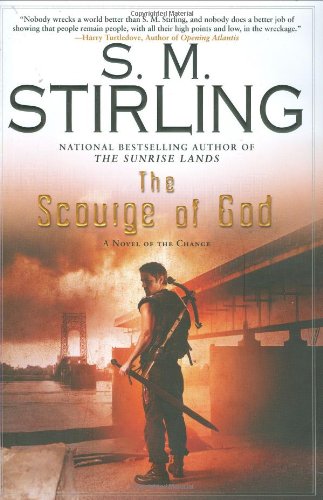 The Scourge of God

This vivid sequel to 2007's opens in 2021, a generation after the Change that brought magic back into the world and made electric and explosive power inoperative. New post-industrial societies have risen, some seeking to restore technology and some celebrating its demise. One of the latter is the Church Universal and Triumphant, a group of genocidal Luddites with a prophetic theology that is more Dark Ages than New Age. Clan leader Rudi MacKenzie frequently butts heads with the “Cutters” and their Prophet as he struggles to cross the devastated Eastern “Death Zones” and reach Nantucket Island, birthplace of the Change, where he hopes to understand and perhaps reverse the replacement of technology with myth and magic. Stirling ( ) eloquently describes a devastated, mystical world that will appeal to fans of traditional fantasy as well as post-apocalyptic SF.