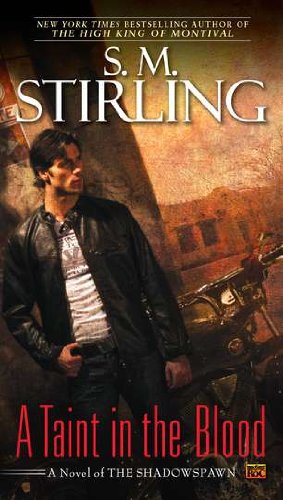 A Taint in the Blood

Stirling ( ) launches a new series with a messy and unappetizing mix of well-worn monster tropes and excessive sexual violence. The ancient, powerful, and sociopathic Shadowspawn have always lived among (and interbred with) humans. When Adrian Brézé, the one Shadowspawn capable of resisting his violent urges, discovers that his ex, Ellen, has been kidnapped by his evil twin sister, Adrienne, he begins a war against his own kind. Adrienne repeatedly rapes Ellen, who endures using psychological techniques she developed during childhood abuse, as she prepares her own political machinations. Stirling hits just about every cliché, from the grizzled vampire hunter and mentor to Adrienne's pathologically devoted servants (who call themselves “lucies” and “renfields”). Stirling's prose is competent, but there's nothing new in his story, and few readers will have the stomach for the over-the-top sadism.