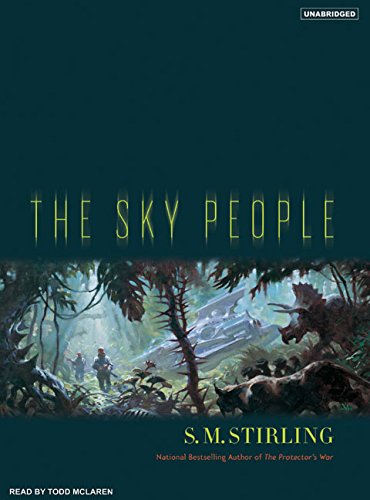 Undeterred by modern science’s discoveries of the true nature of Venus and Mars, Stirling posits an alternate history/reality where the pulp-era visions of those two planets were actually correct. In this first volume of the series, the American and Soviet space programs send emissaries to the lush jungle planet of Venus—which they find is inhabited by dinosaurs and intelligent natives—to vie for control of the planet’s valuable resources. McLaren reads in a rich, resonant baritone and deftly handles dialogue, throwing a nice variety of accents into the mix—adding just enough to flavor the performance without overwhelming it. The pulpy nature of the narrative makes it well-suited to audio; it harks back to the days of the old radio dramas. McLaren conveys this essence while keeping his performance in line with modern narration standards. Stirling does a fine job updating and bringing some scientific rigor to the “planetary romance” genre pioneered by Edgar Rice Burroughs, and McLaren delivers an engaging performance that will leave listeners no choice but to stay tuned for Stirling’s next episode. Simultaneous release with the Tor hardcover (Reviews, Sept. 18). (Mar.)