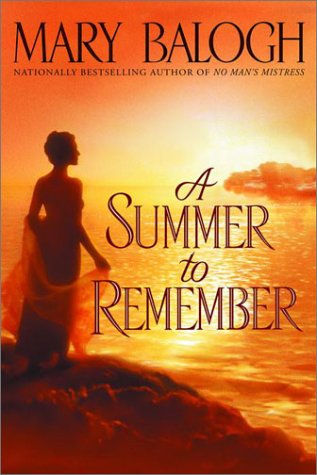 A SUMMER TO REMEMBER

A titled rogue courts a prim and proper lady in this spirited Regency romance by the deservedly popular Balogh (, etc.). Kit Butler, Viscount Ravensburg, is no gentleman. He has long scandalized the of London with his antics, and the Honorable Miss Lauren Edgeworth, who is in the city after a painful jilting, is even more horrified than most by his behavior. As the novel begins, Kit forges a particularly scandalous plan. Looking to escape an arranged marriage, he embarks on a wager with his friends to woo and engage an unobjectionably correct lady in order to rid himself of his intended. Lauren is the perfect target, and Kit gets to work. Surprisingly, he comes to like her and confesses his dastardly wager; she, having decided that she wishes to be independent and unmarried, makes a proposal of her own: a summer filled with adventure in return for acting as Kit's fiancée. But when the summer is over, and the gorgeous, intelligent Lauren has quietly helped Kit to reconcile with his family as well as earned the respect of his friends and kin, will the smitten Kit be able to persuade Lauren to make their engagement a real one? Balogh outdoes herself with this romantic romp, crafting a truly seamless plot and peopling it with well-rounded, winning characters.