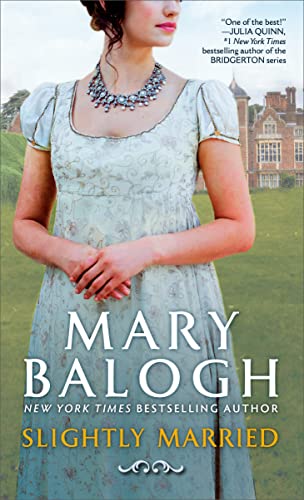 Historical romance maven Balogh (, etc.) falls back on the oft-used marriage of convenience formula for her first Bedwyn family installment, but what this whimsical Regency-era romance lacks in originality, it more than makes up for in character and execution. Having promised a dying officer that he'll protect the man's sister "no matter what," Col. Aidan Bedwyn calls on Eve Morris to offer his condolences and aid. Still in mourning over the death of her coal miner father a year earlier, Eve now stands to be turned out onto the street due to a peculiar condition of her father's will. Only by marrying can she save her home, which she shares with several orphans, an impoverished aunt and a staff composed mainly of outcasts. Ever one to honor his promises, Aidan proposes, and Eve accepts. The two plan to separate after saying their vows, but Aidan's eldest brother, the Duke of Bewcastle, insists that Eve be presented to the queen. To Aidan's amazement, Eve proves she has the mettle to stand up to his haughty family. Believable complications and an intriguing clash of personalities ensure the story never grows stale, and Balogh's quirky supporting characters—including Eve's gutsy housekeeper and Aidan's formidable aunt—sprinkle the tale with homespun humor.