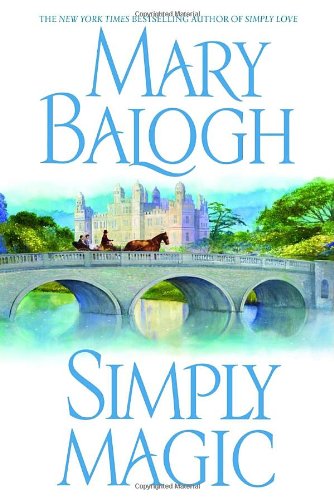 The third in Balogh's Simply series of Regency romances, centered on a group of friends who teach at a private girls' school in Bath, is absorbing and appealing. Susanna Osbourne is one of the teachers at Miss Martin's School for Girls, a gentleman's daughter who has been alone in the world since she lost her father and her home at age 12, leaving her with depth, complexity and a cautious nature. At 23, Susanna's satisfaction with her life and career doesn't waver, even when she meets Viscount Whitleaf, Peter Edgeworth, 26, while visiting a friend's estate for the summer. Peter's good looks, charm and easy flirtation strike Susanna as frivolous, and his connection to her childhood home and early trauma frighten her. But despite Susanna being "gauche as a girl just stepping out of a schoolroom for the first time," they are drawn to each other, a friendship develops, and it looks to lead someplace both of them are afraid to go. The conflicts are mostly to do with the way Susanna and Peter resolve to accept the social realities of their time, and how in failing, they bring out the best in each other. This is an unusually subtle approach in a romance, and it works to great effect.