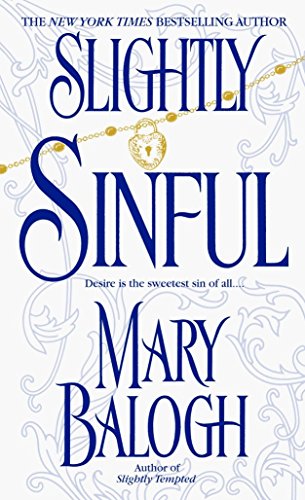 Smart, playful and deliciously satisfying, Balogh's newest Regency-era romance takes a popular romance formula—the marriage of convenience—and gives it a creative twist. In the author's previous Bedwyn family installment, , diplomat Alleyne Bedwyn disappeared during the Battle of Waterloo and was presumed dead. As readers soon learn, however, he's merely injured. Alleyne owes his life to Rachel York, a well-bred young woman who's down on her luck—so down that she's taken refuge in a Belgian brothel run by four lively Englishwomen. To make matters worse, Rachel and the women have been cheated out of all their money by a fake clergyman. Alleyne wakes in the brothel where Rachel has been nursing him with no idea who he is, but he nevertheless devises a madcap scheme to help the women regain their fortune: he'll pose as Rachel's husband so that she can claim her inheritance, which is due to her upon her marriage. As the two engage in their merry charade, they fall in love, but they also come to terms with what's important in their lives. Balogh once again delivers a clean, sprightly tale rich in both plot and character. Rachel's colorful brothel companions steal almost every scene, and silver-tongued Alleyne easily charms his way into the reader's heart. With its irrepressible characters and deft plotting, this polished romance is an ideal summer read.