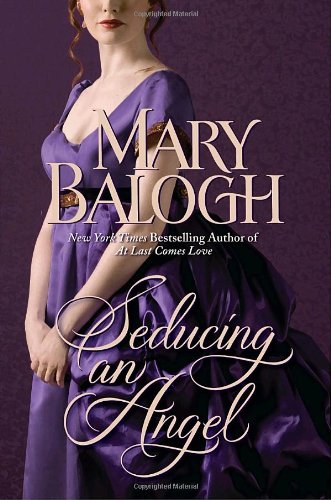 Balogh continues her chronicle of the Huxtable family in this so-so Regency. Stephen Huxtable, earl of Merton, is dashing, wealthy and unattached, which makes him a juicy target for widow Cassandra Belmont, but she soon learns that heartless seduction is not as easy as she’d hoped. As Stephen begins to probe her past, they find themselves actually falling in love. Surprisingly for a Regency romance, Balogh tackles themes like alcoholism, domestic violence, miscarriage and female independence. Cassandra’s mistrust and vulnerability is understandable, and Stephen is a surprisingly mild, modern type who seems miscast as a Regency hero. While their conflict is believable—she fears a loss of freedom, he fears that she will never be able to trust—the conclusion feels overly contrived. Fans of the series will enjoy, though genre purists may find something off about the modern sensibilities.