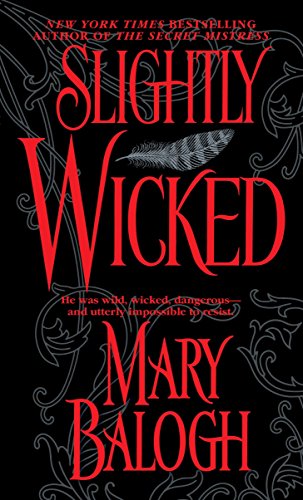 Sympathetic characters and scalding sexual tension make the second installment in Balogh's Regency-era Bedwyn family series (after ) a truly engrossing read. At the novel's outset, Rannulf Bedwyn, a wealthy, devil-may-care playboy, rescues a beautiful young woman from an overturned stagecoach, and the two share a two-day tryst before she disappears. Not until he arrives at the home of his matchmaking grandmother does he discover the truth: the woman he encountered is the daughter of a poor pastor, not the worldly actress she claimed to be. Judith Law, raised to believe she's plain and undeserving, allowed her true, outgoing nature to surface while she was pretending to be someone else, but now she's in agony as she watches the man she gave herself to court her egocentric cousin. Though the honorable Rannulf dutifully offers marriage to Judith, she stands by her own sense of honor and rejects him. As the socially mismatched protagonists negotiate the perils of snobbery, self-doubt and scandal, they beguile each other (as well as the reader) with their wit and integrity. Though not as sensual as Stephanie Laurens's books or as playful as those by Julia Quinn, Balogh's surefooted story possesses an abundance of character and class.