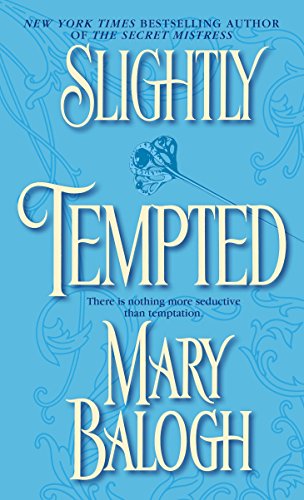 The newest entry in romance veteran Balogh's Bedwyn family series ( , etc.) takes a serious turn when 18-year-old Morgan, the duke of Bedwyn's youngest sibling, finds herself in the midst of a war zone looking for her brother Alleyne, who disappeared during the Battle of Waterloo. When Morgan's host family flees Brussels, she stays behind to nurse soldiers and seek news of Alleyne. She finds an unexpected friend and ally in rakish Gervase Ashford, the earl of Rosthorn. Unbeknownst to Morgan, Gervase bears a longstanding grudge against her eldest brother, the duke, and is plotting to hurt him through her. His plan changes, however, when he finds himself coming to know and like her. Once Alleyne is presumed dead, Gervase escorts her back to England, even though he's a far from suitable chaperone. There, the relationship takes a series of entertaining turns as disgrace threatens to catch up with Morgan, and she, learning the truth about Gervase's original intention, vows to exact her own form of vengeance on him. Morgan's many eloquent speeches on the senselessness of war can be tedious, but she is refreshingly mature and self-possessed for her age. Once again, Balogh has penned an entrancing, unconventional yarn that should expand her following.