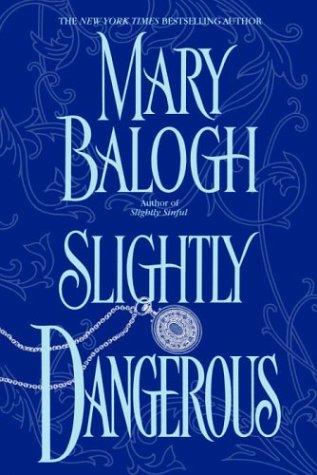 The long-awaited conclusion to Balogh's Regency-era romance series, focusing on the eccentric Bedwyn family, possesses the same charm and richness of character as her previous books ( , etc.), but its plot is slightly more conventional. Balogh's fans have longed to see Wulfric, the imperturbable duke of Bewcastle, fall in love, and Balogh has created the perfect heroine to fell him—Christine Derrick, a lively but lowborn young widow who has a habit of getting herself into very improper situations. The two meet at a sedate house party, where Christine accidentally spills lemonade on the duke and then dares to laugh at him. Wulfric disapproves of Christine's working-class background and unladylike manners, but he can't help being enchanted by her effervescent personality. For her part, Christine disdains Wulf's icy, superior attitude, but she's drawn to him physically. As fans of the genre will anticipate, opposites attract no matter how hard the hero and heroine fight against it, and an unplanned sexual encounter complicates their feelings even further. Although the story lacks some of the dramatic tension of its predecessors, particularly , this book rings with humor and delightful echoes of Jane Austen's . All in all, it's a memorable conclusion to a charming series.