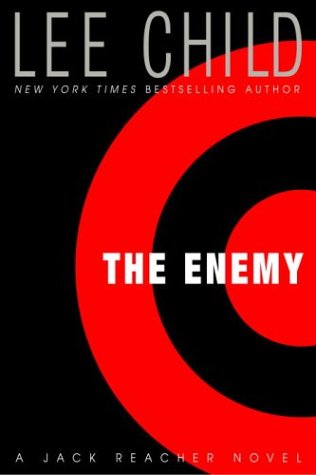 The latest entry in what is arguably today's finest thriller series ( , etc.) flashes back to series hero Jack Reacher's days in the military police. It's New Year's Eve 1990, the Soviet Union is about to collapse and the military is on tenterhooks, wondering how a changed globe will affect budgets and unit strengths, when the body of a two-star general is found in a motel near Fort Bird, N.C. Investigating is Reacher, 29, an MP major who's just been transferred from Panama—one of dozens of top MPs swapped into new posts on the same day, he later learns. Missing from the general's effects is a briefcase that, it's also revealed later, contained an agenda for a secret meeting of army honchos connected to an armored division. Then the general's wife is found bludgeoned to death at home and, soon after, a third body surfaces, of a slain gay Delta Force soldier whose murder contains clues pointing to Reacher as culprit. With Summer, a young black female lieutenant MP at his side (and, eventually, in his bed), Reacher digs deep, in his usual brilliant and violent way, butting against villainous superior officers, part of a grand conspiracy, as well as against members of Delta Force who think that Reacher killed their colleague. Unlike recent Reacher tales, the novel is as much mystery as thriller, as Reacher and Summer sift for and put together clues, but the tension is nonstop. There's a strong personal element as well, involving Reacher's relationship with his brother and dying mother, which will make the novel of particular interest to longstanding fans of the series. Textured, swift and told in Reacher's inimitably tough voice, this title will hit lists and will convince those who still need convincing that Child has few peers in thrillerdom