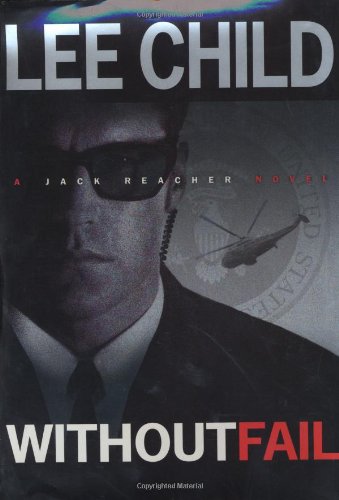 The sixth time's a charm for thriller meister Child, whose latest escapade starring ex-military cop Jack Reacher is handily his most accomplished and most compelling to date. The suspense-laden plot kicks off with U.S. Secret Service agent M.E. Froelich telling Reacher: "I want to hire you to assassinate the Vice President of the United States." V-p-elect Brook Armstrong has received a series of anonymous death threats, and Froelich needs to uncover their source and ascertain the effectiveness of Armstrong's security detail. Reacher agrees to masquerade as an assassin because he can't resist a challenge and because Froelich had loved his older brother, Joe, a Secret Service colleague killed in a botched operation. As Reacher pieces together an increasingly frustrating puzzle, Child ratchets up the excitement with several breathtaking set pieces, including a Thanksgiving dinner for D.C.'s homeless that turns deadly, a jaw-dropping coup de théâtre and a slam-bang finale in Wyoming's mountains. He even extracts tension from mundane events, as when Reacher searches for clues on a security video of an office cleaning crew. The novel's detailed insider's view of political skullduggery is certain to intrigue readers, and the various characters' relationships, handled with careful restraint, provide an added layer—the growing attachment between Froelich and Reacher; both characters' recollections of Joe; Reacher's regard for Frances Neagley, a former colleague whom he calls in for help. And then there's Reacher himself, the stolid, flawed man's man who gives no quarter on any level. Indeed, the novel's final line serves as a précis of this quietly fascinating character: "He headed west for the Port Authority and a bus out of town." This Child's play will be a tough act to follow.