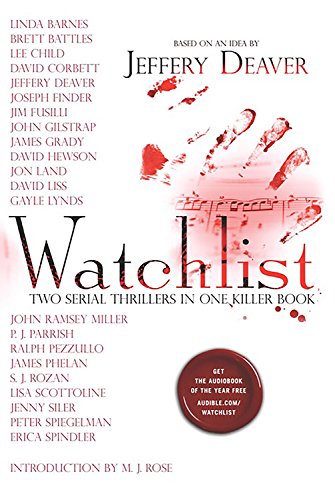 Fans of the TV series will best appreciate this two-part serial thriller written by 22 members of International Thriller Writers. Based on an idea by Deaver ( ), who provides the opening and closing chapters of each segment, the volume recounts the adventures of middle-aged Harold Middleton, an ex-U.S. military intelligence officer. In part one, “The Chopin Manuscript,” the discovery of a previously unknown Chopin score leads to murders, betrayals, and frantic efforts to stop a villain code-named Faust from carrying out a terrorist outrage. Part two, “The Copper Bracelet,” sets Middleton and his allies on the track of a Kashmiri planning the assassination of the U.S. secretary of state. While the contributors include many of the biggest names in the genre (Lee Child, Joseph Finder, Gayle Lynds, S.J. Rozan, etc.), the constraints of the form all but assure homogenized prose, thin characters, and stock action scenes atypical of their solo work.