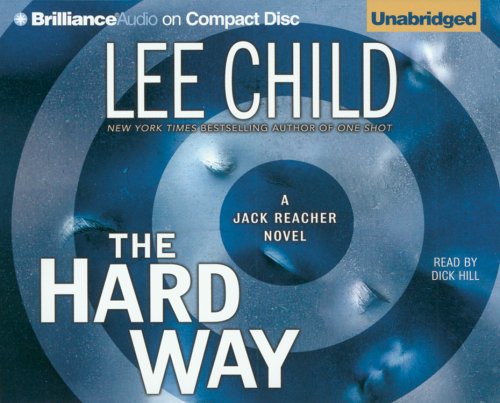 Ex-army MP Jack Reacher is contracted by Edward Lane, the leader of a mercenary company, to track and recover Lane's kidnapped wife and daughter. But while Reacher is adept at finding people, this time he's got his work cut out for him, for in this case, the client seems to be just as suspect as the criminal. Hill narrates with a crisp, midrange baritone which effectively, if not spectacularly, conveys Child's prose. For the most part, Hill speaks naturally and clearly, but at times, he seems to exaggerate his enunciation, which results in some stilted passages. He doesn't alter his style much when shifting between dialogue and description, and so conversations are sometimes not as engaging as they could be. While Child's prose reads fine on the page, Hill's interpretation of it seems a bit too smug, which makes even the hero a bit unlikable. Hill's adequate performance will likely be sufficient for the casual audiobook listener but not for connoisseurs.