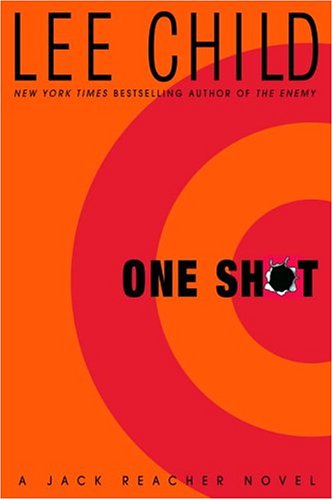 The final sentence of Child's ninth suspenser (after )—"Then he could buy a pair of shoes and be just about anywhere before the sun went down"—is quintessential Jack Reacher, the rugged ex-army cop who practically defines the word "loner" and kicks ass with the best of 'em. In the book's gripping opening, five people are killed when a shooter opens fire in a small unnamed Indiana city. But when ex-infantry specialist James Barr is apprehended, he refuses to talk, saying only, "Get Jack Reacher for me." But Reacher's already en route; having seen a news story on the shooting, he heads to the scene with disturbing news of his own: "[Barr's] done this before. And once was enough." Nothing is what it seems in the riveting puzzle, as vivid set pieces and rapid-fire dialogue culminate in a slam-bang showdown in the villains' lair. (And what villains: a quintet of Russian émigrés, the stuff of everybody's worst nightmares, led by a wily 80-year-old who makes Freddy Krueger look like Little Lord Fauntleroy.) As usual, Child makes the most of Reacher's dry wit, cut-to-the-chase psychology and stubborn taciturnity—in short, this is a vintage double play for author and leading man. .