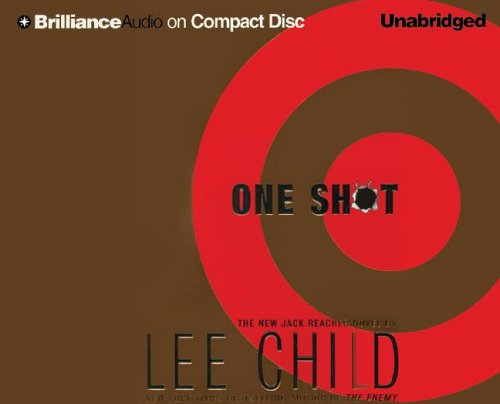 While reader Hill has proven himself to be an all-purpose narrator with a 200-plus audiography, his specialty is interpreting suspense and crime fiction like this bullet-paced thriller. Written lean enough to make Hemingway seem chatty, the ninth novel to feature the resourceful ex-military cop Jack Reacher begins with a bare-bones description of an unemotional sniper prepping for and carrying out a mass slaying in the business area of an unnamed Indiana city. The killer's dispassion is chilling, and Hill, who has narrated the author's previous titles, matches the mood with an objectivity that raises the goose-bump level even higher. When Reacher, one of fiction's more reticent heroes, arrives on the scene, Hill provides him with a brusque, confident, properly manly voice, but adds a note of wariness that subtly suggests the adventurer's cynical nature. This tops a gallery of smart audio portraits, each with his own identifiable accent. Child has purposely designed the novel to move forward unfettered by stylish flourishes, and Hill follows that plan, concentrating mainly on increasing the pace as the story speedballs to its satisfying conclusion.