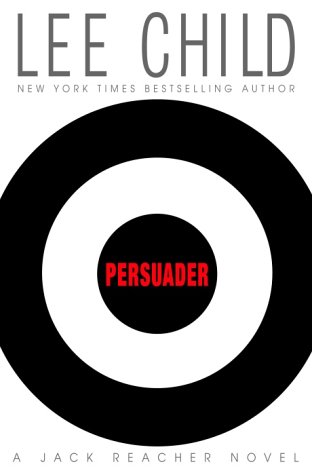 The promo copy on the ARC of Child's new thriller proclaims, "We dare to make this claim: Lee Child is the best thriller writer you're probably not reading—yet." Hopefully the "six-figure" marketing campaign promised by Child's new publisher will make that statement obsolete, because readers will be hard-pressed to find a more engaging thriller this spring season. Child is a master of storytelling skills, not least the plot twist, and the opening chapter of this novel spins a doozy, as a high-octane, extremely violent action sequence sees Child hero Jack Reacher rescue a young man, 20-year-old Richard Beck, from an attempted kidnapping before the rug is pulled out from under the reader with the chapter's last line. The rest of the novel centers on the Beck family's isolated, heavily guarded estate on the Maine coast where Reacher takes Richard. Richard's father is suspected by Feds of being a major drug dealer and the kidnapper of another Fed, and also seems to have ties to a fiend who killed Reacher's lady 10 years before, someone Reacher thought he'd killed in turn, in a vengeance slaying. Tension runs high, then extremely high, as Reacher, ingratiating himself with the dealer and hired on as a bodyguard, pokes around the estate, looking for the kidnapped Fed and evading and/or disposing of in-house bad guys as they begin to suspect he's not who he seems. But then little in Child's novels is as it at first seems, and numerous further plot twists spark the story line. What makes the novel really zing, though, is Reacher's narration—a unique mix of the brainy and the brutal, of strategic thinking and explosive action, moral rumination and ruthless force, marking him as one of the most memorable heroes in contemporary thrillerdom. Any thriller fan who has yet to read Lee Child should start now.