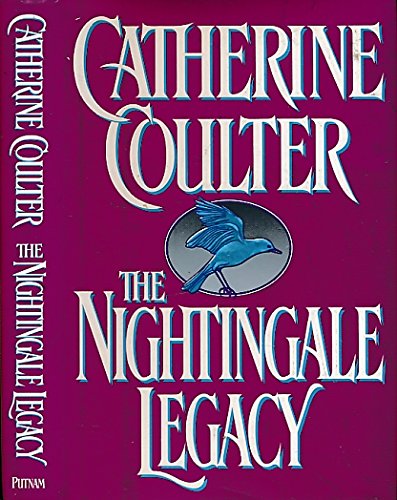 The second novel in Coulter's Legacy trilogy is a delightful Regency romance brimming with drama, sex and colorful characters. It's 1814, and the young, long-haired, brooding Lord Chilton, Frederick North Nightingale, who briefly appeared in The Wyndham Legacy, is on his way from his Cornish castle, Mount Hawke, to London when he stops at an inn for the night. There, he meets the smart, beautiful and feisty 19-year-old Caroline Derwent-Jones, who has just escaped Roland Ffalkes, her lecherous, inheritance-seeking guardian, and is en route to the Cornish home of her aunt, Eleanor Penrose. North protects Caroline from Ffalkes, who shows up unexpectedly, but she departs before the nobleman can tell her that her aunt, whom he knew, has been murdered. North and Caroline soon meet again, though, and before long he accepts her proposal of marriage-much to the horror of his three misogynist male servants, appalled that the union will break the long-standing tradition of no women living at Mount Hawke. Coulter complicates her story line with a couple of weak plot twists involving a search for local treasure and the murder of several other women (the killer's identity and motive, when finally revealed, strain plausibility), but her witty dialogue and bawdy, eccentric characters add up to an engaging, fan-pleasing story nonetheless. Literary Guild and Doubleday Book Club selection. (Dec.)
close
Details