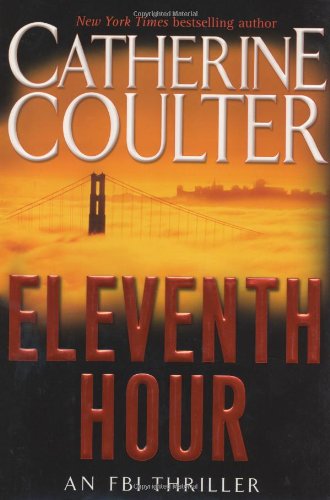 The midnight murder of a priest in his confessional and real-time serial killings based on TV scripts are the basis for this latest installment in Coulter's bestselling FBI series (, etc.). Dillon and Sherlock Savich, Coulter's husband-and-wife investigative team, take a backseat this time around, making way for D.C. Special Agent Dane Carver. When Carver learns his twin brother, Father Michael Carver, has been murdered in his San Francisco church, Savich sends him out to work the case with the SFPD, who suspect this is one in a spate of recent serial killings. A potential witness, homeless woman Nick Jones, tries to run, and Carver takes her into protective custody in his hotel room. Jones, who is actually a college professor fleeing from her possibly murderous fiancé, an Illinois state senator, has no choice but to join forces with Carver. It is she who sees an FBI drama on TV and connects the plot with the recent serial murders. Investigation of the TV studio execs and the show's crew and cast introduces a flock of distinctive Coulter characters who spice up the plot and speed the read. Meanwhile, Carver and Jones fall in love and find themselves in danger as they help Dillon and Sherlock delve into Nick's past. The heavy doses of romance and dearth of procedural detail mean this novel isn't the thing for hardcore FBI thriller devotees, but the complex plotting and likable characters make it a great beach book for Coulter fans, who will welcome Dane and Nick as new protagonists.