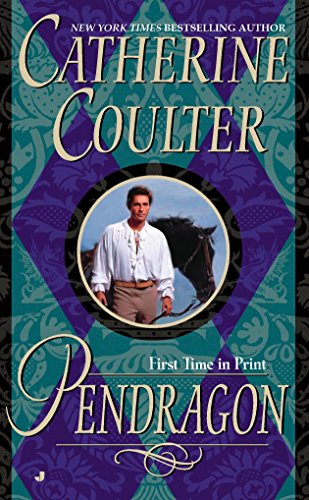 Coulter's latest Regency-era romance continues the saga of the Sherbrooke family, relayed in her Bride Trilogy (, etc.). While attending her first London ball, 18-year-old Meggie, daughter of Reverend Tysen Sherbrooke, encounters an old schoolgirl crush, her "almost-cousin" Jeremy. Certain that she is now old enough to be truly in love, she's devastated when her affections aren't returned. In an attempt to get over Jeremy, she hastily marries Thomas Malcombe, the earl of Lancaster, a man who has been scarred by his history with untrustworthy women. Meggie must win over her husband, even as she battles her nasty mother-in-law for control of the estate. Her troubles don't stop there, however; someone is trying to kill her, and she and Thomas must discover who and why. Although fans of the series will undoubtedly enjoy revisiting the charming and eccentric Sherbrooke family, new readers will find themselves at a loss to explain some of their bizarre behavior (the family's tradition of cat racing, for instance). Several of the novel's plot points are left unresolved as well—such as the reason behind Mrs. Malcombe's antipathy toward Meggie and the motive behind Thomas's younger brother's rakish behavior. Despite the occasional charming moment, this slight story falls short of Coulter's usual standards.