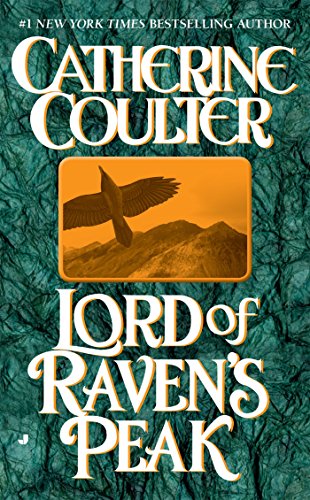 Merrik Haraldsson, younger brother of Rorik, the hero of Coulter's first Viking novel, Lord of Hawkfell Island , buys a young slave boy, Taby, in a Kiev slave market. He also rescues the boy's dirty, half-starved older brother, who proves to be an older sister, Laren. Taby and Laren are both nobles who were kidnapped two years earlier; beneath her dirt, Laren is a beautiful young woman. She is also a gifted skald who uses her skills to unravel the mystery behind the murder of Merrik's brutish brother, Erik, and her own earlier kidnapping. Unfortunately, these stories, which are told at some length, tend to slow the action, and one is tempted to skim over them to get to the larger plot. The characters are also stereotypical: the evil brother, the beautiful heroine too liberated to be believable. Still, Coulter has obviously done her research and gives the reader myriad details of Viking life in Norway in A.D. 916, including a Viking wedding and funeral, methods of cooking, dress and travel. Though bestselling author Coulter glosses over unsavory facts, such as Merrik's own slave trading, and there are occasional lapses (Laren calls another woman ``an insufferable twit''), readers interested in the period have a treat in store. (Apr.)
close
Details