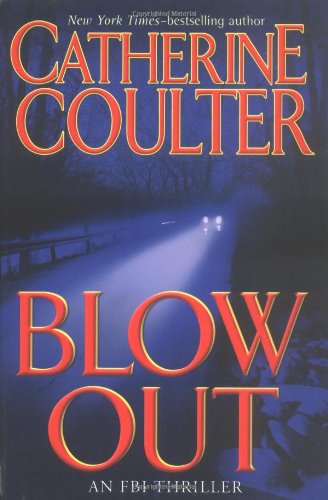 The latest in prolific novelist Coulter's series of FBI thrillers once again features high-powered husband and wife team Dillon Savich and Lacey Sherlock. In the middle of a long-awaited vacation with their young son, the two are called to investigate the heinous midnight murder of a Supreme Court Justice, committed in the Court's library despite tight, round-the-clock security. Known as a moderate, Justice Stewart Califano was undoubtedly contemplating an upcoming case involving the death penalty for psychopathic juveniles when he was brutally garroted, his fingers sliced off as he struggled to escape. The FBI is aided in the case by the CIA, Secret Service and metropolitan police as well as by the judge's stepdaughter, an investigative reporter for the . Yet within 48 hours, two of the Justice's young law clerks are murdered in the same grisly fashion—the lovable Daniel strangled with his own St. Christopher medal chain, and the formidable Eliza killed while she's on the phone with Savich. An unrelated supernatural side plot is distracting, and the case's solution comes from out of left field, but fans of the author's fictional duo will get their fix—the climactic face-off takes place in Savich and Sherlock's own living room.