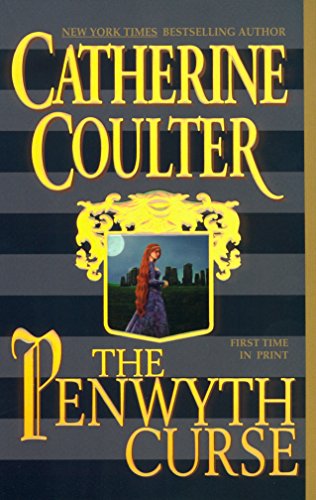 Set in the 13th century, Coulter's latest (following ) returns to the world of her Song series (, etc.) and tells the story of Merryn, a young woman who's four times widowed but still a maid when Sir Bishop of Lythe arrives at castle Penwyth. Merryn bears the brunt of an ancient curse, which declares that no man will ever take Penwyth, or her, by force. Her four previous husbands all died within hours of storming the castle and seizing its mistress. Unconvinced that the curse is real but wise enough to take precautions, Bishop figures he'll be safe if he woos the lady first. But as he settles into life at the castle, he starts having dreams featuring an unknown wizard and witch. The novel alternates between Bishop's story and that of the mysterious figures in his dreams, but the dream-story eventually overpowers the romance between Merryn and Bishop. The dual plotline is jumpy and disjointed, and it leaves little time for Coulter to examine her characters thoroughly. Though the dream couple's relationship holds some appeal, the story's paranormal touches feel like special effects—a splash of drama to fill out a story stretched too thin. Overall, this offering lacks the emotional intensity of Coulter's best works and is unlikely to woo many new readers.