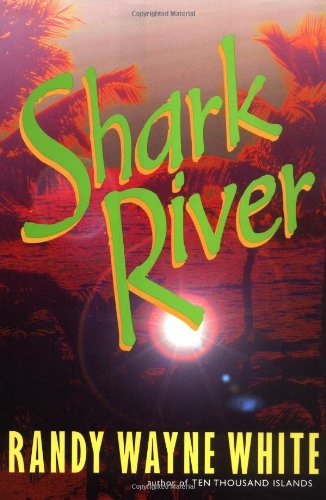 At a relatively quiet moment in marine biologist/errant knight Doc Ford's eighth adventure, Ford sets a trawl net to collect a dazzling array of sea creatures for a Gulf of Mexico census. The elaborate passage might serve as a handy metaphor for the novel, with its shifty plot involving a motley selection of characters, some slippery and treacherous as a giant-size manta ray. White ( ) adds a few new wrinkles and scars to his intriguing protagonist every time the Doc ventures from his laid-back life corralling sharks and pickling horseshoe crabs at Dinkin's Bay Marina on Florida's subtropical west coast. When Ford tags along with his perpetually stoned but intelligent pal Tomlinson to a posh island resort where the latter is leading a workshop on Rinzai Zen, the two get tangled up in murder, kidnapping, drugs, revenge and, for good measure, the sudden appearance of a mysterious Bahamian woman who claims Doc is her brother and seeks his help in discovering whether the "X" on her treasure map really marks the spot. Meanwhile, some very bad Colombians want Ford dead, and a billionaire with political connections to die for (and someone may) drafts Doc to look after his beautiful, sexy and endangered daughter. The story doesn't move in a single forward direction. Rather, it is woven knot by knot, the work of a master net maker. Tense action scenes, skillful character development and an unerring eye for local flora and fauna make White a match for any Florida storyteller.