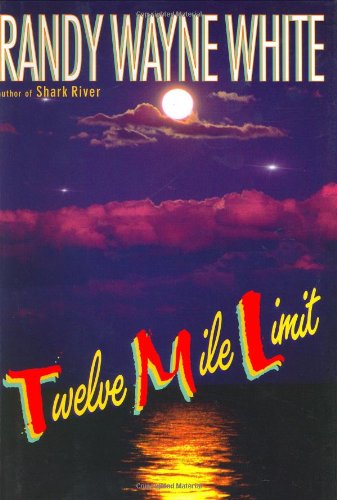 Fans of the Florida Gulf Coast marine biologist Doc Ford, White's swashbuckling Travis McGee-esque hero, will applaud this ninth Ford suspense novel (after ), though the literati will likely complain that White continues to fall just short of his near-mythic forerunner, genius storyteller John D. McDonald. In this latest tale, based on a real-life 1994 incident, a boat of scuba divers sinks at a dive site off of Marco Island. When a woman who works in his lab turns up among the missing, Doc jumps into the investigation (though not before he takes time out for an amiable ménage-à-trois with two local sirens). The accident's apparent lone survivor, a sexy redheaded Sarasota attorney who swam four miles to the safety of a beacon buoy, confides to Doc that she saw her three companions taken aboard a foul-smelling shrimp boat. Ex-covert agent Doc calls on highly placed government pals to retrieve photos from a surveillance satellite, and the high-resolution images not only confirm the rescue but identify the boat owners as having a history of running drugs and smuggling illegal aliens. Accompanied by the dazzling survivor, Doc tracks the villains to Cartagena, Colombia, where he mounts an operation to free the divers, whom they suspect are about to be sold into prostitution. While this isn't the strongest of the Doc Ford escapades—there's some sloppy plotting and gimmicky narrative twists—it's plenty entertaining, and White's ironic touches will have fans shouting "encore."