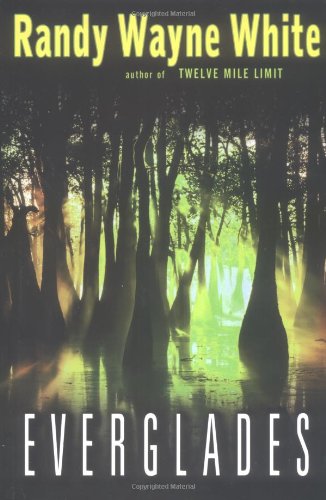 This 10th novel in the series featuring ex-CIA spook turned marine biologist Doc Ford (, etc.), finds Doc wallowing deep in his own doldrums. Out of shape, overweight, depressed and drinking heavily to escape from his turbulent past, Doc gets a surprise visit from Sally Minster, a former lover, whose real estate developer hubby, Geoff, is reported to have been drowned in a boating accident off Bimini six months ago. Soon to inherit his estate, Sally is being followed by an insurance investigator who may have evidence her husband is still alive. Accompanied by his hippie Zen master pal, Sighurdhr Tomlinson, Doc follows the insurance investigator deep into the Everglades, where Geoff turns out to have been in cahoots with a phony guru, Bhagwan Shiva, founder of the International Church of Ashram Meditation Inc. Geoff helped him build one of his new "theme" ashrams to attract rich South Floridians and jet setters, destroying precious Everglades forest in the process. The Bhagwan and his henchman, Izzy Kline, a Mossad-trained former Israeli soldier, are plotting to engineer a series of explosions, enacting the mythic Seminole Chief Tecumseh's earthquake prophecy of 1811. Free-love religious cults, ecological destruction, murder and kidnapping propel Doc and his band of quirky Florida Gulf Coast beach denizens on a dizzying airboat race across the Everglades, where Doc battles his own demons when he's not battling a real live bull shark. The busy plot gets a bit ragged in places, but while it's not White's career best, this satisfying, madcap fare could well go seismic on the regional bestseller lists.