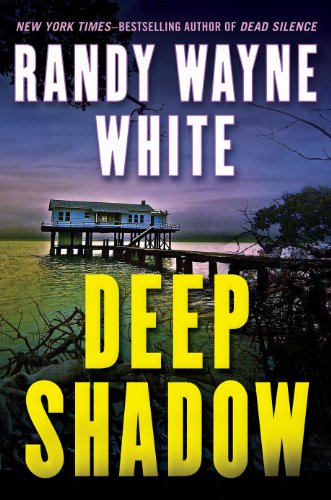 At the start of bestseller White’s outstanding 17th Doc Ford thriller (after ), two low-life ex-cons, King and Perry, are on the lam after killing a family of five in a burglary. They end up in Doc’s neck of the woods, or rather his neck of the swamp, in central Florida. Doc; his boat-bum hipster pal, Tomlinson; troubled Indian teen Will Chaser, who played a key role in ; and Arlis Futch, a crusty old fisherman, have arrived at a small lake, which they intend to search for Batista’s treasure plane, which disappeared in 1958 while flying the ex-dictator’s looted booty out of Cuba during the Castro takeover. King and Perry, who are as bad as they come, quickly take control of the others, forcing Doc and friends to continue diving in the lake, after which the pair plan to kill them all. Throw in a giant, mysterious swamp creature with an appetite for cattle, horses, and divers, and you’ve got a nail-biter that’s virtually impossible to put down.