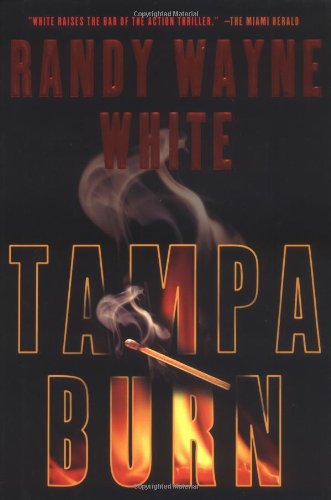 White churns out another title in the Doc Ford series, this one alternating between compelling action sequences and pointless digressions. At the start of the novel, Marion Ford has settled into the life of a gentleman marine biologist on Florida's Gulf coast, leaving behind his past as an assassin and spy. All this is upended when a pyromaniacal carnival freak kidnaps Ford's son, Lake. The boy's mother, Central American beauty Pilar, tries to overcome their estrangement and turns to Ford for help in rescuing the boy. Seduced by his ex-lover just long enough to be caught in a compromising situation by his current girlfriend, Dewey, Ford is distracted by the sight of Dewey's car as she storms away: "She'd sold her 'Vette and bought a new two-seater Lexus. I can never remember the model. The roadster showed impressive stability as she spun it around in the parking lot." Soon after, Ford finds himself in real trouble—and spouts more extraneous commentary. On the way to saving his son, he reflects on the fauna of Florida and Central America, skin transplants, electroshock therapy, port security and the winter residence of choice for circus people. These might have made great ingredients for another whimsical Carl Hiaasen/Elmore Leonardesque madcap novel, but White's meandering prose isn't tight enough to tie them into a convincing whole. .