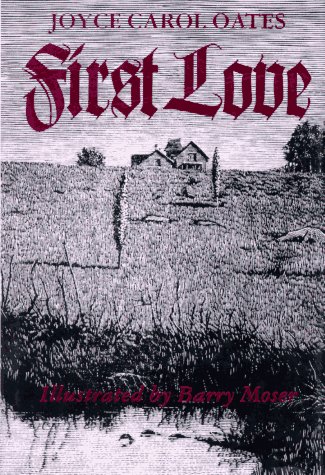 Oates's compelling gothic tale, set in Upstate New York apparently in the late 1950s or early '60s, is an intense, perfervid study of child sexual abuse, religious hypocrisy and family breakdown. Eleven-year-old Josie and her ruthlessly self-centered mother, Delia, spend a summer at the weather-worn house of Josie's angry, forbidding great-aunt Esther Burkhardt, whose son, Jared Sr., a Presbyterian minister, died mysteriously years ago after his church burned down. Delia is distant and volatile, often physically abusive; she has just left her husband for mysterious reasons. Esther's gaunt, solitary, compulsively clean grandson, Jared Jr., a bookish 25-year-old seminary student, repeatedly preys on Josie, sexually violating her, taunting her in a low, hypnotic voice. He cuts her stomach with a broken clamshell, forces her to lick her own blood to seal their bond as cousins, shows her porno photos of tortured, naked girls and terrifies her into silence with his threats. Guilt-ridden, emotionally numb Josie becomes a class clown and troublemaker who obsessively digs her nails into her own flesh, symbolically punishing herself. With her usual skill, Oates creates a claustrophobic atmosphere of festering evil. Through hints, forebodings and mythic symbols, her slim but hypnotic tale speaks volumes about the pain and helplessness of sexually abused children too frightened to speak out to uncomprehending adults. The power of this beautifully produced book is augmented by Moser's eerie woodcuts, which crystallize the aura of menace. (Aug.)
close
Details