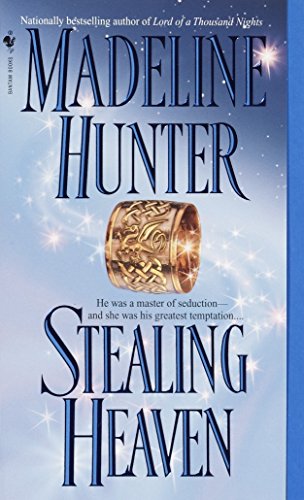 Love, loyalty, betrayal and forgiveness are issues often touched upon in romances, and Hunter () explores them more thoroughly than most in this serious yet sensual medieval romance. English knight Marcus of Anglesmore is commanded by King Edward III to wed Genith, the youngest daughter of Welsh rebel chieftain Llygad, in order to bring peace to the volatile English/Welsh borders. But he meets Genith's older sister, Nesta, first, and there's never any question whom he desires. Known as "the King's whore" owing to a possible dalliance with Edward, who quickly married her off to an elderly Scottish lord, Nesta is her father's heir; she's inherited his cause and will do anything, even risk losing Marcus, to further it. At night, the two come together as lovers, but during the day, they are torn apart by their loyalties—his to Edward and hers to Llygad's memory. The solution to their predicament doesn't come easily, but in their struggle to reconcile duty with passion, they grow as characters. Hunter paints a vibrant portrait of life in the 14th century, and her protagonists sparkle with an intelligence that will endear them to readers. A large dose of suspense and a number of beautifully written sex scenes help round out this absorbing read.