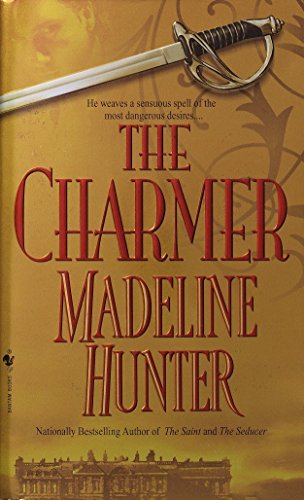 Although most early 19th-century romances have a narrow scope, the subgenre continues to draw readers thanks to the ingenuity of writers like Hunter ( , etc.), whose newest offering is based on a seldom-visited chapter of English history. As rioting spreads throughout Britain in 1831, rising political figure Adrian Burchard, the illegitimate son of a nobleman, is charged with bringing a young duchess back from Paris because the votes she controls in Parliament are urgently needed to defeat a voting reform bill. Sophia Raughley, who has painful reasons of her own for objecting a return to England, soon finds that even her strong will is no match for Adrian's. Resentful at being used and manipulated by others, Sophia battles his attempts to control her even as the sexual and emotional attraction between them intensifies. Society throws up obstacles, however: for one, Sophia's elevated title places her out of Adrian's reach. A violent plot to marry her off to a man chosen by her late, rigid father adds believable complications and will have readers holding their breath, hoping for a happy ending. With its rich historical texture, steamy love scenes and indelible protagonists, this book embodies the best of the genre.