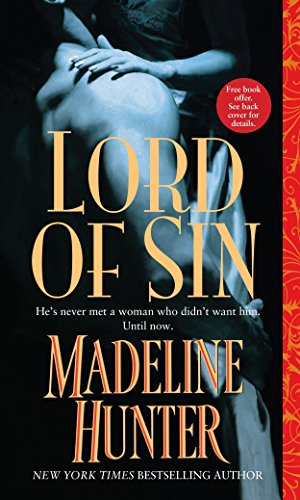 When notorious seducer Ewan McLean reluctantly accepts the Scottish earldom left to him after a triple tragedy, he quickly learns that not all his new duties are onerous. Keeping an eye on the welfare of lovely if stubborn Bride Cameron and her three sisters is a pleasure, especially when he's kissing Bride, and his government-backed investigation into a banknote counterfeiting ring proves quite intriguing. But Bride knows one important thing about the counterfeiting ring that Ewan does not: the fake banknote plates can be traced back to her dead father—and to her family, which would earn them forced transportation to Australia. And while she and Ewan can find common ground in each other arms, she well knows an earl wouldn't sully his reputation by marrying a criminal. Fortunately for her, Ewan still possesses a strong disdain for respectability. Snappily paced and bone-deep satisfying, Hunter's books are so addictive they should come with a surgeon general's warning. Each seems to grow a little more lighthearted than the last, yet Hunter ( ) doesn't neglect the absorbing historical details that set her apart from most of her counterparts, engaging the reader's mind even as she deftly captures the heart. )