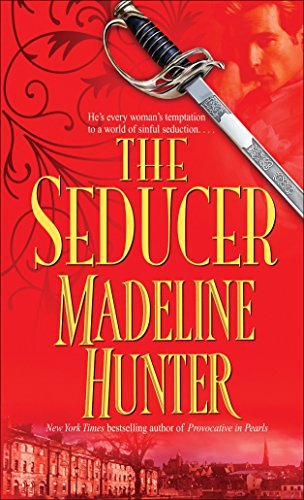 The roar of the discontented London mob and the edgy atmosphere of Paris following Napoleon's defeat can be felt throughout this darkly seductive, Regency-era romance between orphaned beauty Diane Albret and her mysterious guardian, notorious seducer Daniel St. John. Though an innocent, Diane knows enough upon leaving school in the company of her handsome benefactor to realize that only two paths are open to her: becoming a governess or becoming a mistress. When Daniel begins showering gowns and trips to the opera on her, she believes she's being groomed for the latter, perhaps even for Daniel himself. But Daniel is playing a more subtle game, using the fresh purity of Diane to lure an old enemy within striking distance. Like waltzers locked into the steps of a dance begun 15 years earlier, Diane and Daniel must discover if new love can triumph over old hate. Hunter (, etc.) sweeps both her readers and her characters up in the embrace of history. Lush in detail and thrumming with sensuality, this offering will thrill those looking for a tale as rich and satisfying as a multi-course gourmet meal. ()

The Saint The Charmer