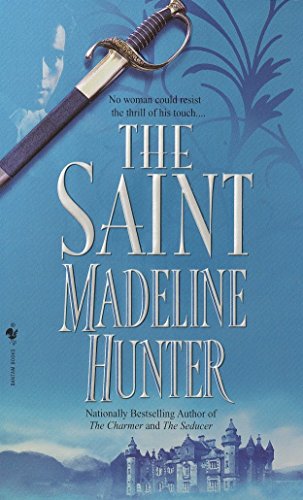 This conventional Regency-era romance from Hunter, who's best known for her medieval romances ( , etc.), is a sizzling take on the guardian-ward formula. Vergil, Viscount Duclairc, is unexpectedly thrust into the role of guardian to high-spirited American heiress Bianca Kenwood when his older brother dies suddenly. Though high in the instep, the Duclaircs are dangerously low on money, and Vergil hopes to replenish their coffers by marrying Bianca off to his rakish younger brother, Dante. Though Dante is willing, the lady is not. Bianca wants to be an opera singer, not a wife. Nevertheless, she falls in love—and quickly into bed—with the mysterious Vergil, who finds himself taken with her despite her independent ways. Their relationship, though highly sensual, feels strained, and Vergil's opportunism concerning her money may trouble readers. Hunter weaves in an excellent subplot involving blackmail and suicide, but this tale—the second in a new trilogy (following )—fails to meet the high standard set by her exceptional medieval novels.