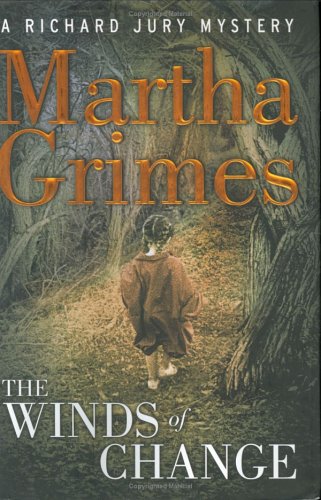 THE WINDS OF CHANGE: A Richard Jury Mystery

For Richard Jury, the death of his cousin—apparently his one link to his childhood—generates "an emptiness that he hadn't seen coming" and supplies an existential, melancholic subtext to this 19th outing for the New Scotland Yard detective (after 2002's ). Bestseller Grimes's finely written, if at times baffling, novel is propelled by an unthinkably horrific crime: an unidentified five-year-old girl is shot dead in a London street. Her autopsy reveals sexual abuse and leads to a London pedophile ring. The girl may be connected to Flora, the abducted child of a particularly loathsome businessman, Viktor Baumann. Three years earlier, during a nasty custody battle with Baumann's ex-wife, four-year-old Flora was kidnapped near her home in Devon. When the unidentified body of a woman turns up on the estate of Flora's putative stepfather, Declan Scott, the convoluted plot begins to come together. Fans will welcome the appearance of Jury's gaggle of humorously eccentric friends and neighbors, including Melrose Plant, who goes undercover as a gardener to ferret out information. In the end, Grimes fails to connect the dots as well as she might have, but that won't prevent this engaging novel from hitting lots of bestseller lists.