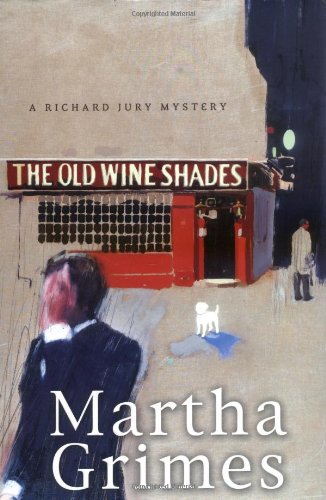 At the start of bestseller Grimes's compelling 20th Richard Jury mystery, the Scotland Yard detective is on suspension because he decided to save lives rather than wait for a warrant in his previous outing, (2004). With time on his hands, Jury is ensnared by the intriguing tale spun by Harry Johnson, a man who, apparently, just happens upon him in a London pub, the Old Wine Shades. Despite himself, Jury is drawn in by Johnson's account of the baffling disappearance of a mother, her autistic son and their dog—and the more baffling reappearance of the pet nine months later. The detective diligently follows every lead to determine the fate of the missing people, even as Johnson's digressions into the paradoxes of quantum physics lead Jury to question the truth of the man's narrative. The scheme Jury ultimately detects is ingeniously clever and sufficiently consistent with the personalities Grimes has created to overcome disbelief. The author's gift at melding suspense, logical twists and wry humor makes this one of the stronger entries in this deservedly popular series.