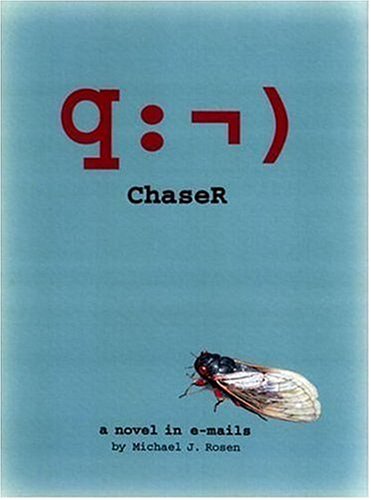 Rosen's () semi-epistolary novel encompasses two somewhat contradictory themes. On the one hand, it's a perky celebration of e-mail, complete with numerous emoticons and group "newsletters." On the other, it offers a fictional summary of the conflicts between animal rights activists and hunters. Unfortunately, the former element drags down the latter. The narrative consists of e-mails sent by 14-year-old Chase, whose parents have recently moved from the city to a quiet farmhouse. He proves a prodigious but cutesy and often dull correspondent. "Your reading list sounds a lot like mine," he writes to his best friend. "So does your schedule. The state probably makes all eighth graders suffer through a lot of the same courses." Chase loves to make "smileys" and other word pictures: for example, "[/ 'b'\]" is one of his dogs. When a hunter wounds that beloved pet, Chase tries to raise awareness of animal rights. Eventually, he discovers that the impoverished farmers around him hunt not for sport but for meat, and therefore reconciles himself to the ways of his new home. Although Chase's ethical dilemma has much potential for debate and discussion, only the most eager of e-mail enthusiasts will persist past the banalities and typographical silliness that shroud the story. Ages 12-up.