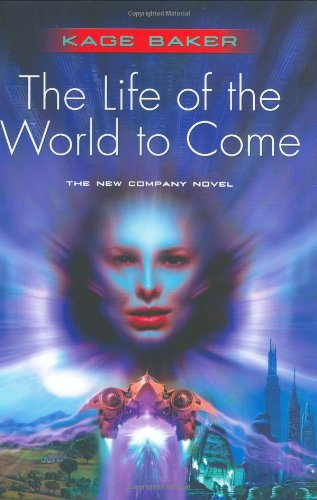 THE LIFE OF THE WORLD TO COME

Baker's trademark mix of serious speculation and black humor informs this solid addition to her time-travel series that began with 1998's highly regarded , in which the botanist Mendoza, an immortal female cyborg employed by the rapacious Company, fell in love with a mortal while on a mission in 16th-century England. Tragically, her lover was then burned at the stake. Later in the series, during the 19th century, she fell in love with another man who could've been her first lover's clone. Baker centers this latest on Alec Checkerfield, an English nobleman of the 24th century and the third of Mendoza's physically identical lovers. We discover that Alec and his predecessors have been created by Company scientists as prototypes for a new line of cyborgs designed to replace the occasionally fractious models they've heretofore employed to do their dirty work. Fortunately, or unfortunately, the spoiled, childlike men who run the project badly underestimate both Alec and Mendoza. The author answers a number of questions raised in previous volumes, but the novel doesn't stand well on its own; new readers are advised to start with . )