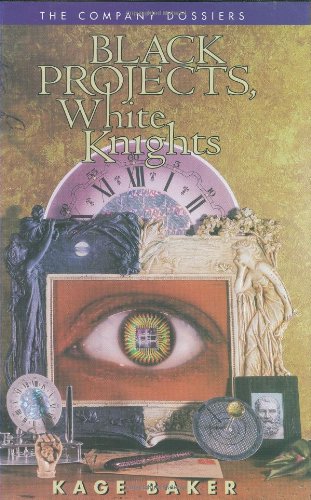 This excellent collection brings together 14 of Baker's short stories about "The Company," three of them unpublished. Select humans have been plucked from various epochs and turned into enhanced, immortal, time-traveling cyborgs, programmed to do the shadowy bidding of the profit-loving Company. Unable to fight their own programming, the best of them try to fulfill the Company's directives while being kind to the mortal "sheep" they live among ("Noble Mold" and "Studio Dick Drowns Near Malibu"). Their jobs and lives are complicated by warring Company factions ("Old Flat Top"), which certain mortals see as heavenly battles ("The Hotel at Harlan's Landing"). Also included are the first four tales about the mysterious, genetically enhanced Alec Checkerfield ("Smart Alec," "The Dust Enclosed Here," "Monster Story" and "The Likely Lad"), as well as two other stories ("The Literary Agent" and "The Wreck of the Gladstone") that obliquely pertain to his origins and influences. Baker shows greater range with these stories than she does in her novels (, etc.), and has more fun with her characters, letting them play at being pirates, dig up mummies or interact with Shakespeare and Robert Louis Stevenson. Though the collection brings up troubling ethical questions about the nature of the author's future history (since Alec is referred to as Adonai, does that mean he is God?), Baker masterfully handles characters and plots. These stories rank among the finest recent work in the field.