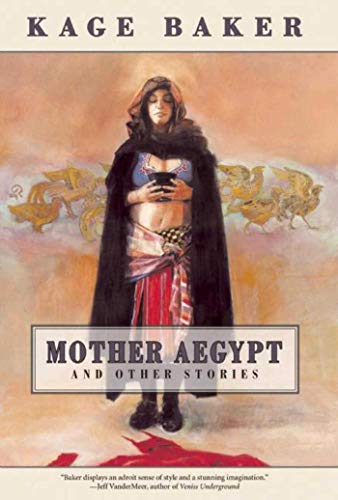 MOTHER AEGYPT: And Other Stories

Told with splendid clarity, the 13 tales in this collection from Nebula nominee Baker ( ) are deceptively simple and seem, at first, to be comfortably folkloric. Each then takes a distinctive turn, often an O. Henry twist, and becomes indelibly the author's own. Lemuel Gulliver gets exactly what he's always deserved in "Miss Yahoo Has Her Say." An angry little girl learns the power of observation from a wickedly wise tyger in "What The Tyger Told Her." "Nightmare Mountain" combines the myths of Eros and Psyche with an eccentric Californian in a tour de force. Another myth, that of Tam Lin, and another angry little girl blend in the chilling "Her Father's Eyes." The standard kill-your-grandfather time-travel story receives fresh treatment in "Merry Christmas from Navarro Lodge, 1928," as do Oberlin, Titania, their faerie court and the inevitable human ass in "The Summer People." Alien manifestations receive unique play in "How They Tried to Talk Indian Tony Down" and "Pueblo." The unspeakably delicious "Mother Aegypt," a novella original to the collection, involves a con man and immortals with unquenchable cravings. These wry and often wise narratives prove Baker is one of the most accomplished fantasists of our era.