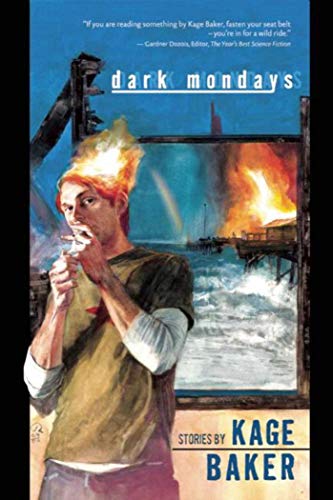 In this enchanting, if melancholy, story collection from Hugo– and Nebula Award–nominee Baker ( ), the supernatural matter-of-factly touches the shabby lives of people in small, isolated towns, providing resolution and revelation. In "Calamari Curls," a legless war veteran who owns a divey chowder house sees his clientele dwindle with the opening of the titular upscale restaurant until a supernatural solution eliminates the competition and forestalls gentrification of his run-down coastal California town. "Events are only as real as we make them," realizes a Catholic priest in "Monkey Day" (also set in California), which pits him and an imaginative boy against an elementary school teacher whose nonbelief protects her from fantastical violence. In "The Maid on the Shore," a sprawling novella set in the 17th-century West Indies, English pirates are helped to bloody victory against the Spanish by a beautiful girl who embodies the fury of war. Though Baker's uncanny plot-turns often feel inorganic to her stories, she grapples vigorously with moral and philosophical conundrums.