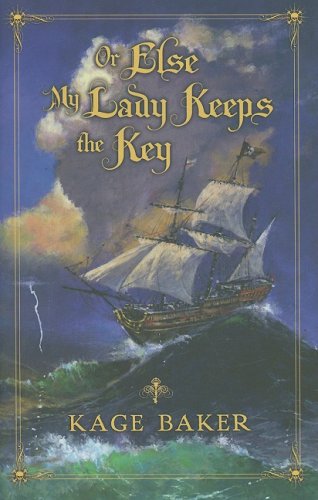 Or Else My Lady Keeps the Key

This amusing but insubstantial short novel explores history and the limits of free will in a more straightforward fashion than Baker’s Company series ( , etc.). Sturdy, good-natured John James, a 17th-century Caribbean buccaneer, wants to leave the piratical life and settle down as a bricklayer, but first he must deliver a letter to Clarissa Waverly, the mistress of one of his late shipmates. This seemingly routine errand sets John and Clarissa off on a journey to recover the dead man’s cache of stolen gold. They’re soon joined by Sejanus, an ex-slave who insists he’s an atheist but can’t elude the demands of African deities. Sejanus makes a nice counterpoint to John’s lower-key angst, and his story would probably be more interesting than John and Clarissa’s predictably tumultuous quest for wealth. Without imminent sequels or continuations, this short adventure is little more than a shaggy sea dog story.