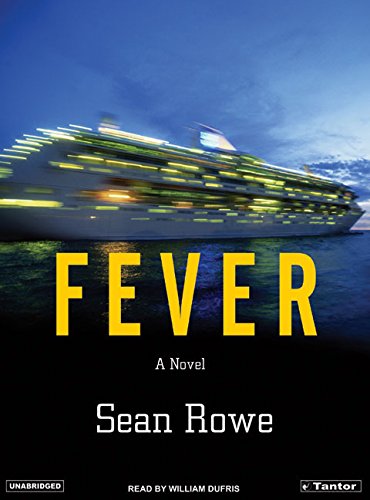 Dufris, an award-winning narrator with more than 200 audiobooks to his credit, transforms much of this unabridged production of Rowe's striking debut fiction into riveting sequences that come close to simulating a full-cast recording. The relentlessly paced heist yarn follows a ragtag group of hijackers hoping to get their mitts on $30 million in drug money hidden aboard a cruise ship. Much of the novel focuses on their plotting and bickering and, in the case of its protagonist, ex-FBI agent Matt "Loose Cannon" Shannon and a sexy, mysterious beauty named Julia, building up to a romantic showdown. Dufris has been careful to create distinctive voices for nearly all concerned—including Shannon's sick and weary half-brother, who drags him into the scheme; an edgy ex–Black Panther; and an aging, deeply cynical soldier of fortune. Oddly enough, the only voice that doesn't quite hit the bull's-eye is Shannon's. One would think that a depressed former Fed who drinks "a fifth of Maker's Mark a day" would have a rougher, deeper delivery. It's a minor annoyance that becomes even less significant once the gang carries out the robbery and Shannon has to face the consequences, with Rowe hitting him with one shocking surprise after another.