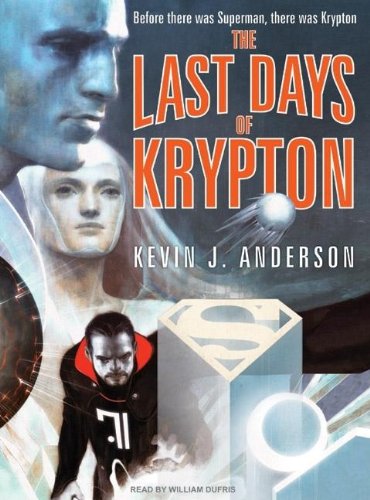 The Last Days of Krypton

Leading up to Superman being jettisoned in a capsule to Earth, Anderson reveals the political and private world of Krypton as it descends into chaos and eventual destruction. Superman's father, Jor-El, strives to restore stability to the decaying planet while also dealing with the power-hungry Zod, who has seized power. Though expertly interlacing the various threads of Krypton's mythology, Anderson's novel as a whole feels more like a poor apocalyptic warning to our society mirrored by events such as a tsunami, a world leader with a propaganda machine and a pre-emptive doctrine, and a foreign assault on a Krypton cultural center. Yet Dufris makes the listening very enjoyable. His steady and nuanced narration really shines in his vocal characterizations. He embodies Jor-El in a way that matches the story's mood and reveals the inner turmoil facing the esteemed scientist thrust into the world of politics. He also deftly delivers the character of Zod, eliciting the arrogance and avarice of the aspiring dictator.