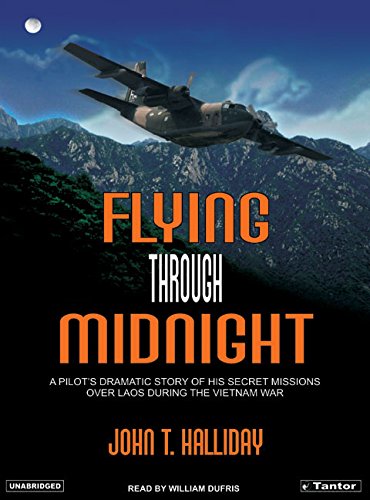 If a major part of any good reading of a memoir is engendering the belief that the reader's voice could, theoretically speaking, belong to the person who had actually lived through those events, Dufris's reading of Halliday's Vietnam War memoir fails on all counts. Halliday's account of his service flying top-secret missions over Laos combines war reportage with accounts of jovial military camaraderie straight out of a 1930s Hollywood film, and Dufris's mannered, overenthusiastic reading fails to convey any of the grit or good humor of Halliday's story. Grasping onto each anecdote like a drowning man clinging to a lifeboat, Dufris manages to suck out all of the meager energy of Halliday's already familiar narrative. One is left wishing for a more nuanced, careful, low-key reading, in the hopes that such an approach might have been able to salvage some of the value of Halliday's war stories.