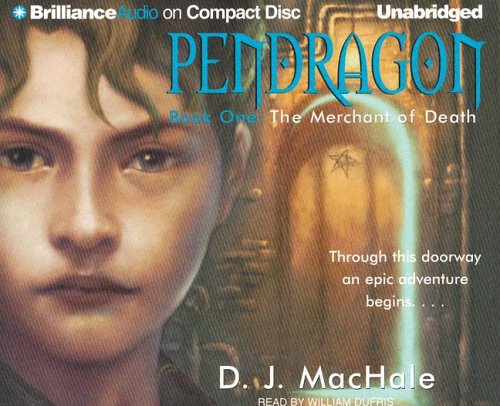 Pendragon Book One: The Merchant of Death

The popular fantasy time-travel series makes a smooth transition to audio with Dufris at the helm, using his upbeat delivery and believable teen rhythms to keep listeners enthralled. Bobby Pendragon, 14, thinks he's a pretty normal kid, worried about his next basketball game and his almost-girlfriend. But then Uncle Press changes everything by telling Bobby that he is a Traveler, capable of transporting through time via magical flumes. This first trip sends him to Denduron, a medieval realm in the middle of a revolution. Bobby's challenges there are dangerous and many, and he keeps his best friend at home (on "Second Earth"), Mark, apprised of his adventures with mystically relayed letters. Fans of the books will want to hear Dufris's gripping interpretation; newcomers will quickly get hooked. In addition to this recording, Brilliance has simultaneously released Pendragon titles two through six, just in time for summer listening. Ages 10-14.